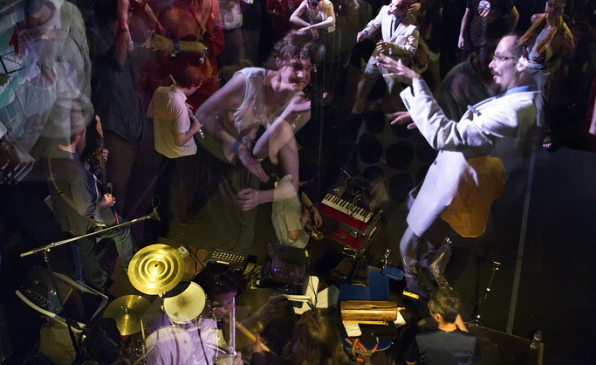 Today at 19:00 p.m., at the Riga Congress center - the colorful Andromeda Mega Express Orchestra light and sound kaleidoscope in Riga!

Fans say that the orchestra is “Berlin’s secret weapon” and describe their music as “magnificent”, “unique”, as well as they say that it is “out of this world”. The band’s name also indicates the same – Andromeda is a spiral galaxy that most definitely is out of this world!

Just like stardust, each of the orchestra’s musicians have a different story. Though they ended up meeting in Berlin, their roots stem from different places in the world, including Switzerland, France, Japan, Thailand, Canada, Norway, Check Republic, South Korea and, of course, Germany.

Daniel Glatzel, the founder, conductor and saxophone player of the band, says that the instruments, represented in the orchestra, are rarely found all together in one band. Thus, the combination creates the orchestra’s unusual sound, making it something non-traditional, unique and surprising.