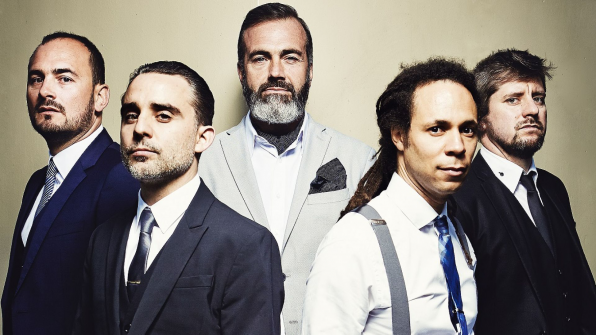 Founded in 2001., the group ‘’ Electro Deluxe’’ has released 6 studio albums and  amazed biggest French and European stages. With its expressive performances band has become one of the most demanded music groups in biggest jazz and pop music festivals in Europe.

The name of the band is a label for quality and musical pleasure. There is no musical restrictions, no etiquette, no relaxation. ‘’Electro Deluxe’’ explores musical boundaries in all its dimensions and incredibly successfully restores and combines musical heritage and modern music.

Orginally, ‘’ Electro Deluxe’’ was a quartet of musicians, but in 2010. James Copley, who has  born in the United States , joined the band and allocated different shades for  their music. James takes the stage with his magnificent voice and explosive energy, without losing his charm, elegance and making performances of the band unforgettable.

„The mind-blowing energy of the singer and the enormous groove of the band sweat throughout this well accomplished record which competes with pancakes from the best soul groups of Brooklyn..."


From June 29th to July 1st Riga Dome Garden will become an open-air concert hall and the central venue of festival „Rīgas Ritmi 2017’’.