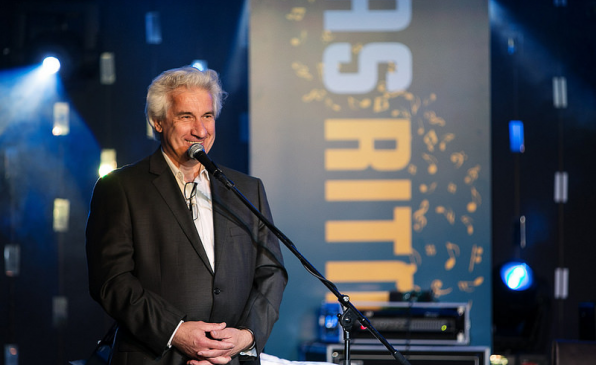 Festival „Rigas Ritmi” has been played for the fifteenth time. Generally occurred 33 concerts, and 8 of them were free of charge. Along with the concerts there were 11 master classes and the Showcase programme with 8 Latvian jazz and improvisation musicians and bands. All year long in Riga festival gathered 146 musicians from 15 countries – USA, Mexico, Argentina, Denmark, Norway, Turkey, France, Swiss, Israel, Slovenia, Italy, Cuba, Luxemburg, Sweden and Latvia. More than 12 000 people have visited concerts this year.

During the first part of the year festival “Rigas Ritmi” has been involved in the cultural programme of the Latvian presidency, and both with the great concerts together with Laima Jansone, Latvijas Radio Big Band, Māris Briežkalns quintet and maestro Raimond Pauls visited Belgium, Russia, Luxemburg and USA. Whereas, during three days in April Riga again became a citadel of young jazz artists, visited by talented jazz vocalists and trumpet players, who have applied for the international contest “Riga Jazz Stage 2015”. 23 artists from 13 countries have participated in contest. Grand Prix “Jazz Vocal” got Daumants Kalniņš from Latvia, “Jazz Trumpet”- Gerhard Ornigs from Austria.

2016 is going to be just as eventful as the last year. From 6th to 9th of April “Riga Jazz Stage 2016” accept young and talented jazz vocalists and trumpet players. Festival “Rigas Ritmi” in 2016 traditionally invites you to the concerts and master classes during the first week of July, as well as to independently concert series in spring and winter, thus offering quality jazz and rhythmic range of music all year long.