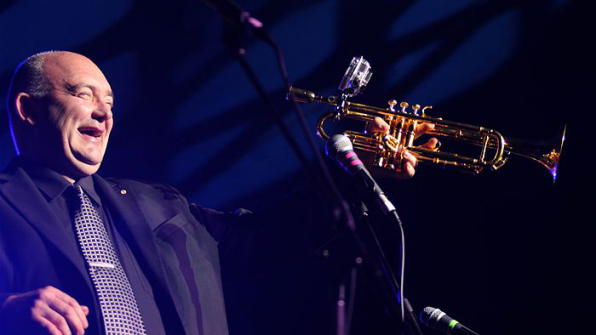 Australia's next generation of top musicians may be studying at the new national academy under the name of jazz musician James Morrison.
In a coup for the city of Mount Gambier, the State Government has contributed 0,000 (346.500 euros) to a collaboration between the University of South Australia and Morrison to establish the James Morrison Academy of Music at UniSA. The new entity will offer a Diploma and Associate Degree in Music, and once established, take on 70 students annually, building up to potentially 200 students by the year 2020.
Premier Jay Weatherill said the new venture was exciting and could be where the „next generation's James Morrison will hone their craft before launching their career on the world stage.” He said: „I want Mount Gambier to be known internationally as a centre of excellence for up and coming jazz musicians”.
James Morrison said he is looking forward to bringing his passion into a focused environment at his own academy. "This is performance-based education at its best, where students won't just learn about music but where they will learn how to make music," Morrison said, „the Academy will offer a unique experience to aspiring musicians where they can work with some of the finest jazz educators in the world."
Read more: www.abc.net.au
On November 28th Rigas Ritmi Festival presents a unique international musical project, called “Mare Balticum”, featuring the Latvian Radio Big Band and world-famous multi-instrumentalist James Morrison.
Tickets available at "Biļešu Serviss" ticket offices and online: www.bilesuserviss.lv
Don't miss a great performance!