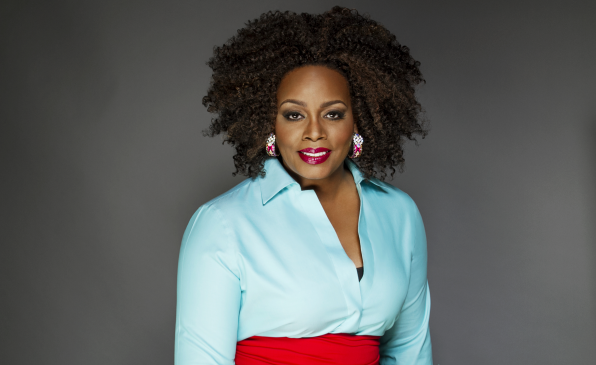 Jazz Diva Dianne Reeves is going to star during the International music festival Rigas Ritmi 2016 on 30th of June at Riga Congress Hall. This year festival celebrates its 16th birthday, and its’ concerts are going to be held from 29th of June till 2nd of July in the heart of capital.

Riga Congress Hall and music hall Daugava are going to be main venues of the festival. Locals as well as the guests of the capital will also enjoy free concerts at Origo Summer Stage, open-air leisure venue Egle, and recently opened jazz restaurant Trompete. Therefore, 1st studio of Latvian Radio is still going to be the venue of jazz master classes for young jazz musicians and any interested in music.

Dianne Reeves is an American jazz vocalist and one of the most impressive singers on a jazz stage since early 80s. Five times nominated for the prestigious Grammy award, she was the first vocalist that signed the contract with legendary Blue Note label. In 2006 she gets another Grammy for her album «Good Night, and Good Luck», the same year she was performing on Rīgas Ritmi 2006 festival.
Last year she receives honorary doctorate from the Julliard School in NY. Her new album „Beautiful Life” was nominated for another Grammy, and she is going to star at the Rigas Ritmi festival once again this year!

“One of the major voices on the jazz scene, Dianne Reeves takes her husky and tonally perfect delivery into the world of smooth jazz/R&B this time around. A jewel for soul/jazz fans.” - Jazz Weekly

International music festival Rigas Ritmi was established on 2001, and since that time 550 musicians performed for the auditory of 180 000 people. Connoisseurs of good music have already seen this kind of world music stars like Bobby McFerrin, Take 6, Richard Bona, The Yellowjackets, Medeski, Martin & Wood, Pat Metheny Unity Group and many others.