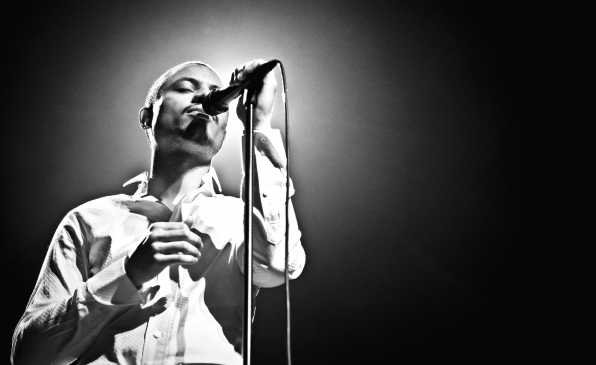 American vocalist José James won the affection of listeners both as a solo artist and as a part of various music groups. Musician often called jazz artist for the hip-hop generation, as he unites jazz, soul, drum’n’bass, rap, rock music and so called – spoken words – or poetry that primarily focuses on the aesthetics of word play and story-telling, which creates its’ unique sounding.

Born and grown in Minneapolis, USA, José James always was curious about the art of vocal music. After he arrived in New York and started studying at New School of Jazz and Contemporary Music, his view on the music horizons has changed. Various genres he was interested in and the possibilities for its’ organic blending creates fresh and modern performance.

Musician admits that he never tried hard in any genre, and it was the curiosity about the versatility of music that always operated his creative work. For example, in the „While We Were Sleeping” album, both the rock music (“Radiohead”, “Nirvana”), which José was listening to in his early childhood, R&B, jazz and the unique works of contemporary musicians Frank Ocean and James Blake are clear to hear.

His debut album “Dreamer” came up in 2008, and became popular thanks to its’ versatility of music genres. Record ranked well in the prestigious publication of the Jazz Times on the recording chart getting the 21st place as a best record of the year. The album was followed by five studio recordings and unforgettable performances at festivals around the world - North Sea Jazz festival, Victoria Jazz Festival, Billboard Live, and elsewhere. In 2012 the performer joined legendary “Blue Note” record label.

Currently performs at with latest album “Yesterday I Had the Blues” program, which is dedicated to the jazz legend Billy Holliday. Although, José musical interests encompassing not only jazz, it’s Holiday he referred as his “first clear musical memory”. José will perform in Riga for the first time.

„José James is one of the most fascinating singers to appear in popular music over the last decade,” – Allmusic


The concert marks the beginning of the festival "Rigas Ritmi" year, which will take place already for the 16th time from 29th June to 2nd July. Tickets for the José James’ concert on April 29th will be on sale at the ticket offices of "Biļešu paradīzes".

Wake up for the rhytms of Spring!