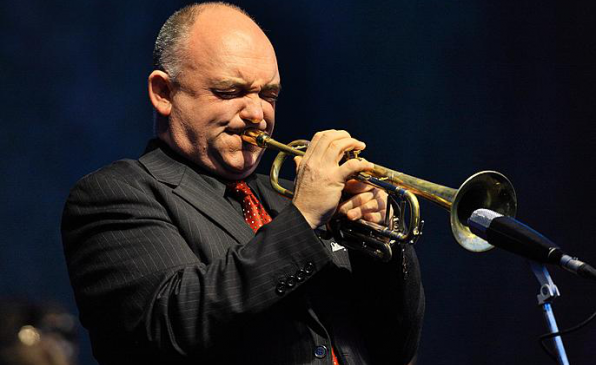 The Latvian Radio Big Band is presenting a new project, featuring tales from the Latvian folklore. The programme consists of folk songs about the sea and Latvian traditions in new musical arrangements, composed by James Morrison himself. The project is part of the “Riga 2014” or Riga as the European Capital of Culture programme. The Latvian Radio Big Band is to perform this unique musical programme together with Australian trumpeter James Morrison. The musical programme is unique and audiences will hear these 12 compositions for the first time ever. James Morrison is glad to be returning to Latvia for the first time since 2005 as part of the project.

James Morrison is a great Australian, a wonderful story teller, a fantastic musician, a good man – all together, a class act. A great adventurer, humorous – his stories in-between performances include some real laugh out loud moments. James Morrison really lives life to the full - a role model for the rest of us in many positive ways!

James Morrison plays a variety of instruments, including the trombone, flugelhorn, saxophone, piano and double-bass, yet he is best known as a jazz trumpet player. He has performed with The London Symphony Orchestra and also performed special concerts for Her Majesty Queen Elizabeth II and US Presidents Bush & Clinton at Parliament House in Australia.  Morrison was recently appointed as the Artistic Director of the Queensland Music Festival for the second time, as well as was inducted into one of the most prestigious Australian Halls of Fame – “Allans Billy Hyde Graeme Bell Hall”. In 2013, Morrison conducted the world’s biggest orchestra, consisting of 7224 people. In 1997, James was recognized for his service to the arts in Australia and awarded a medal of The Order of Australia.

For his latest album, Snappy Too, Morrison has recorded every instrument, but the drums!

“James Morrison is a musical phenomenon, of that there is not the slightest doubt. The heights that even the most talented of musicians work hard to achieve, he achieves through doing what comes naturally. To James Morrison, playing a musical instrument is as natural as walking and breathing, he just does it.” – britishtrombonesociety