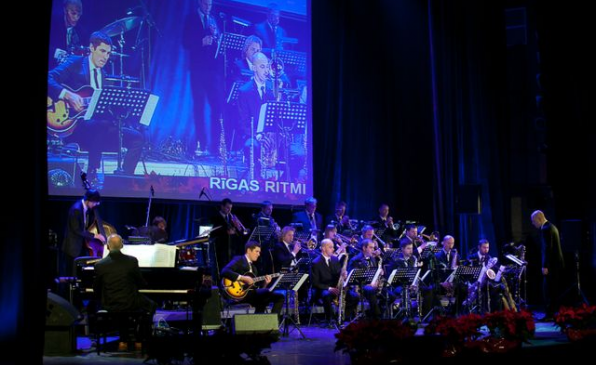 In this special concert Latvian Radio big band will play together with virtuoso drummer Jojo Mayer in a program Buddy Rich 25th Anniversary. This very special performance is dedicated to the legendary jazz artist and big band director Buddy Rich at the 25th Anniversary since he passed away.

Jojo Mayer will take the role of legend Buddy Rich sitting by the special drum kit, and performing the compositions by Buddy Rich with the professional Latvian Radio big band.

Renewed big band has already proven its multifaceted skills by performing with jazz grands such as Kurt Elling, Roberta Gambarini and Lasse Lindgren. Also in this concert Latvian jazz team with director Kārlis Vanags leading will prove it –this time performing with Jojo Mayer!

Jojo Mayer admits that he has not been performing with big bands in 10 years. It will be challenging for him to enter this special environment again after many years. On the other hand – this was the reason why he decided to participate in this special project!

Concert will be held in two pieces. First is dedicated to the awarding ceremony of International jazz artists contest „Riga Jazz Stage 2013”.  Audience will be delighted with the performances by the laureates and surprises from jury and supporters