Home > The Festival > News > Mysticism and unchartered terrain of an unknown musicsphere - A. SPELL

Mysticism and unchartered terrain of an unknown musicsphere - A. SPELL 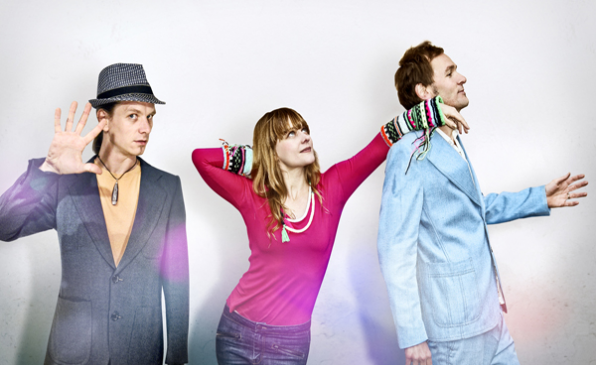 This year the  festival „RĪGAS RITMI 2013” will be opened by jazz trio A.SPELL at the music club „Kaļķu Vārti” on April 24th.

A.Spell is a collaboration of Swiss and South African modern jazz musicians. They have created music which can be described as a mix of organic and electronic elements that forms the perfect balance of sound. A.Spell’s music incorporates a bass clarinet together with a didgeridoo (traditional Australian Aborigine instrument) with an accordion providing the groove, enhanced and intensified with very tight percussive effects. These are just some of the delights that await you when listening to the music of A.Spell.

One of the A.Spell members is Nadja Stoller – accordion, vocals and loops. Her recent solo project Alchemy was well received with appreciative reviews. Nadja belongs to a new generation of musicians – she is very confident, independent and with a lot of fresh and creative ideas in her mind.

Jan Galega Brönnimann expresses himself playing a bass clarinet and electronics. He has been on the scene for years and known for his innovative and cutting edge collaborations. As a composer and instrumentalist he has worked with artists such as Nils Petter Molvaer, Sidsel Endresen, Pierre Favre, Saadet Türköz, Eddie Floyd, Round Table Knights and Kenny Werner. He is also known as a frontman in his own band, Brink Man Ship.

The band got together last year as a result of Ronan's tour in Switzerland. The musical synergy they discovered culminated in a short tour - after that an invitation from Zürich came to record an album in 2012. Starting from March 2013 A.Spell begins a CD’s “Where the Strange Creatures Live” release tour. A great performance will be held also within the spring concerts of „Rīgas Ritmi”.

“Sometimes the most unlikely ingredients can blend to create extraordinarily delicious flavors,” - A. Spell.