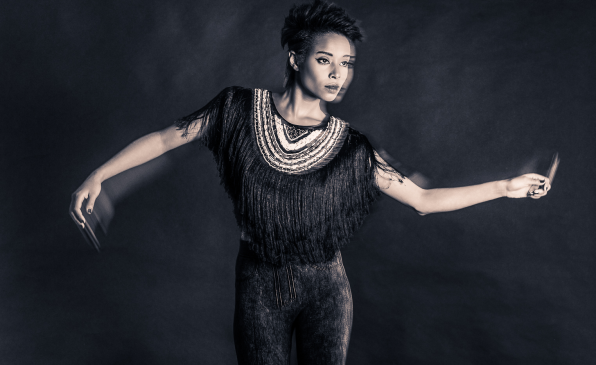 Come the first week of July and, as every year, Rigas Ritmi Festival fills Latvia’s capital with colorful rhythms and new sounds. This Summer the festival celebrates its 15th anniversary and from 1st till 5th of July audiences will have the chance to hear a versatile and broad musical program, stretching from legendary jazz classics to new gypsy-jazz.
Rigas Ritmi Festival 2015 will feature over 20 performances, six master’s workshops and the Rigas Ritmi Showcase program, which presents the best Latvian jazz talent to foreign music experts. The three headlining double bills of the festival, as usual, take place at the Riga Congress Centre – such jazz legends as Raul Midon, “Bugge ‘N’ Friends”, Paolo Fresu & Daniele Di Bonaventura, Ester Rada, Ramon Valle and Allan Harris will take the stage on 2nd, 3rd and 4th of July.
During the first part of 2nd of July’s double bill, audiences can expect an incredible performance of singer-songwriter and guitarist Raul Midón; blind since birth, he has mastered the flamenco, jazz and classical guitar, as well as worked together with such legends as Herbie Hancock and Stevie Wonder. The performance will be followed up by the international contemporary jazz and electronic music mash that is “Bugge ‘N’ Friends”, led by Norwegian piano virtuoso Bugge Wesseltoft, French trumpeter Erik Truffaz, Turkish saxophone player Ilhan Ersahin, American producer Joaquin “Joe” Claussell and two Norwegian improvisers – bass player Marius Reksjø and drummer Andreas Bye.
At the beginning of 3rd of July’s double bill, audiences will be transported to hot Summer nights in the Mediterranean by the Italian duo “Fresu & Bonaventura”, featuring Paolo Fresu on the trumpet and flugelhorn, as well as Daniele Di Bonaventura on bandoneon. Later, Israel born and bound Ethiopian singer Ester Rada (see image) will merge soul, jazz, Ethio-jazz, reggae and funk in a unique contemporary performance that has already sent waves throughout Europe and the US.
Last, but not least – at 19.00 pm on 4th of July, the explosive Cuban pianist Ramon Valle, who is considered to be among the most talented Latin American pianists; his “Levitando” for more than two decades is one of the most recognizable Cuban musical compositions in the world. The festival’s last performance at the Congress Hall will be Allan Harris and Latvian Radio Big Band in the project “A Tribute to Nat King Cole” in honor of the great jazz legend. The concert programme features such beloved classics as “Unforgettable”, “When I Fall in love”, “Mona Lisa”, etc.
Each double-bill begins at 19.00 pm, at the Riga Congress Hall. Tickets are available at “Bilesu serviss” box offices and on-line - www.bilesuserviss.lv.
Rigas Ritmi Festival 2015 will open with a concert on 1st of July on the “Origo Summer Stage” by “Bunch of Gentlemen” and project “Riga Jazz Presents”. Free-of-charge concerts this year will also take place at the open-air leisure park “Egle”. This year the festival also continues “OlainFarm Jazz Nights” concert series at the scenic roof-top “Daugavas” Concert Hall. The festival is also glad to welcome the very popular “Kanepes Kulturas centrs” arts and music centre as one of its venues. Audiences will enjoy new Gypsy tango ensemble “Zingaros” from Argentina, French jazz singer Cyrille Aimée, trio “Reis / Demuth / Wiltgen” from Luxemburg, Daumats Kalnins Quintet and many others.
Master’s workshops will take place from 1st till 4th of July, at Latvian Radio Studio 1, hosted by Allan Harris, Ester Rada, Raul Midon, Ramon Valle and Cyrille Aimée. Master’s workshops are among the cornerstones of the festival and aim to educate young musicians.
Rigas Ritmi Showcase programme will take place on 2nd and 3rd of July at the New Auditorium of the Riga Congress Centre and other venues in Riga. The festival will present best jazz, improvisation and world music talent in Latvia, including “Bunch of Gentlemen”, “The Presence of Janis Rungis”, Daumants Kalnins, “Da Gamba”, Laima Jansone and Raimonds Tiguls and others to producers, journalists and festival organizers from other countries. This year the group includes experts from Great Britain, Italy, Belgium, Luxemburg, USA and other countries.
Rigas Ritmi Festival was founded in 2001 and since has hosted over 520 artists, reaching a fan base and audiences of over 165 thousand.
Feel the rhythm!