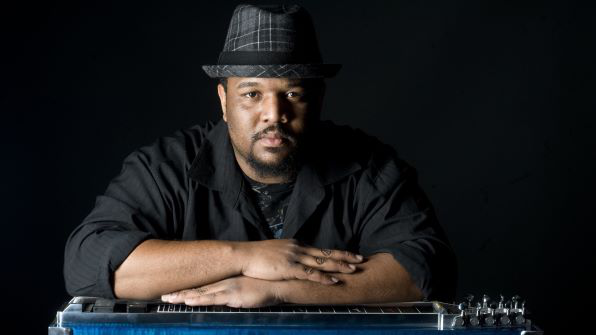 On October 26 at the Latvian Radio Studio 1 the American lap steel guitarist Roosevelt Collier will perform a concert in the “Art of Riga Jazz” concert series.

Roosevelt Collier is a steel guitar master who works in blues and fank music styles, placing a great emphasis on the session feeling. His music is a basic flight of hard and free improvisation, in which Roosevelt travels with his band members and snatches listeners along. The Collier’s native state of the United States is Florida, where he grew up in a very musical family, and on the stage he started playing with his uncle and cousin in soul music group called “The Lee Boys”. Thanks to his very fast-growing skills in playing the steel guitar, and his ability to bring together people around him, Collier has obtained the nickname “The Dr.” or “Doctor”.

The first full- featured album was produced two years ago with another great steel guitar maker Andy Hall, called “Let the Steel Play”. But last year has released his first solodisc “Exit 16” produced by Michael League – leader of the legendary fusion jazz group. Roosevelt playing is best to enjoy in the live performance, when the quality sessions of improvisation are creeping up after the first few minutes of the concert.

“His concerts are filled with pure dedication, and even in a sitting position demanded by pedal steel guitar, he is still sweating enough for the CrossFit instructor to be proud" - Miami New Times