This Saturday – the legendary “Pat Metheny Unity Group” in Riga! 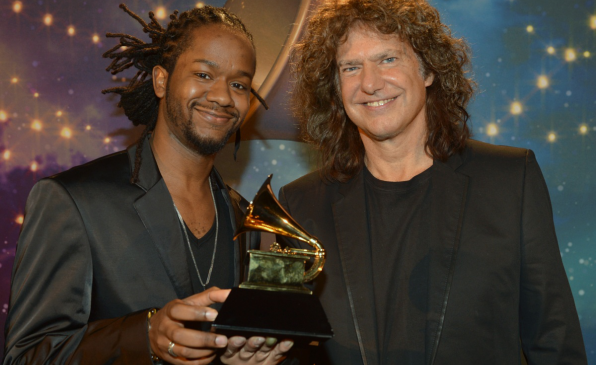 The group’s concert promises to be unforgettable, as it travels with a 15 people technical crew, bringing 2 trucks full of the latest sound systems and instruments. “Pat Metheny Unity Group” will play an acoustically difficult, classic and unique, while still being also modern. The group’s newcomer Giulio Carmassi alone will play 12 instruments, as well will perform as a vocalist.

An audience member says: “I saw them 3 weeks ago in NYC 4th row, I've seen the PMG about a dozen times but these guys blew the roof off of the building. I was absolutely taken aback by them.﻿”

The excellent Pat Metheny on guitar!

“An all-in, no-holds-barred full-band excursion … Each of these musicians as soloists are also acting with a compositional ear toward improvisation. Use of space, development of ideas, melody, and even beautiful tone production all factor in to some of the shared sensibilities of the members of the Unity Group.” – Metroland

Patrick Bruce “Pat” Metheny – is an American jazz guitarist and composer. Metheny first burst onto the international jazz scene in 1974. He released his first album "Bright Size Life" in 1975. Over the years, Metheny has won countless polls as “Best Jazz Guitarist”, including by “DownBeat”, “All About Jazz” and “JazzTimes Magazine” readers and critics, and awards, including three gold records for three albums. He has also has won 20 Grammy Awards in 10 different categories, such as best contemporary jazz performance, best jazz fusion performance and many more. He is one of 4 jazz guitar players, who since 1957 has been accepted in the prestigious “Downbeat Hall of Fame”.