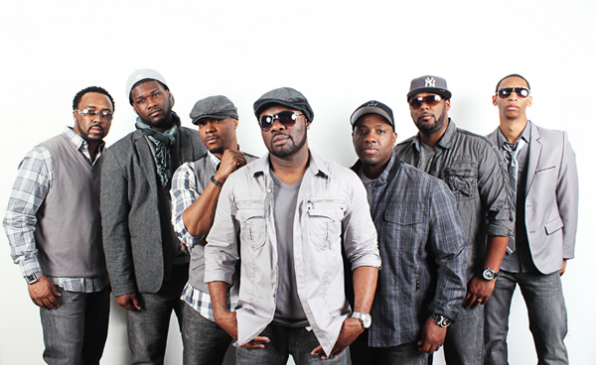 For the first time at „Rīgas Ritmi Festival” on April 27th will perform a vocal a cappella group Naturally 7 from USA!

Naturally 7 represents the point where close-harmony singing, beatboxing and spookily accurate instrumental imitation meet. Their voices contain multitudes of instruments from a glorious trumpet to a full drum kit. They call it "vocal play" - the art of creating instrumental music with the human voice. It is an evolutionary step beyond beatboxing, which is a solo pursuit - these seven musicians are a tight orchestra.

The turning point for Naturally 7 came in the fall of 2007. From quiet success all over Europe they have been propelled onto the world stage, performing in front of millions of people. As the special guest of internationally acclaimed singer Michael Bublé, Naturally 7 have been received with standing ovations in Europe, the U.K., Canada, Australia and the U.S!

It was 2009 when the group actively hit the music scene. In January they played in a crowded London’s club Pigalle, where Coldplay’s Chris Martin and legendary musician and producer Brian Eno were present. The invitation from Coldplay and Eno to visit the recording studio came next day! From the U.K. Naturally 7 travelled to California, where they performed at the prestigious TED (Technology, Entertainment, Design) conference receiving a standing ovations.

The group has recorded a number of CD’s over the years – “Non Fiction” (2000), “What Is It” (2003), “Christmas …It’s A Love Story” (2004) and “Ready II Fly” (2006). The last CD contains the YouTube-hit “Feel It (In the Air Tonight)”. Naturally 7’s now famous Paris subway performance of the song has received over five million hits on YouTube and the number of people discovering the band adds to this number daily. The song turned into a Top 3 chartsuccess in France, Belgium and South Africa and made the single charts in European countries, such as Germany, Switzerland, Italy and Portugal.

“It was like a striking optical illusion, only aural.” (Boston Globe/Nov 2010)


Tickets available in „Biļešu Serviss” ticket offices and on the Internet: www.bilesuserviss.lv