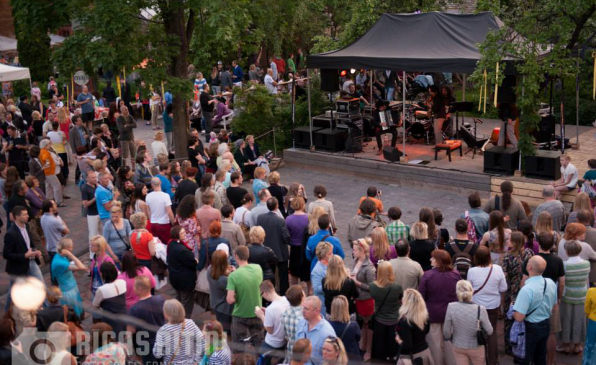 The 13th annual “Rigas Ritmi” festival has concluded. Throughout 2013, 257 artists and musicians from 21 countries – Slovakia, the US, Croatia, Latvia, Nigeria, Denmark, Estonia, Iceland, Great Britain, New Zealand, Lithuania, Italy, the Czech Republic, Israel, East Africa, Germany, France, Ireland and other countries. All together 33 concerts took place, of which nine were free-of-charge; audience of over 14 000 attended these concerts.

During the festival, alongside concerts, other activities took place also - master-classes, showcase programs and a photo expo at the Congress Hall that was dedicated to artists, who had performed in previous “Rigas Ritmi” festivals. In 2013, six master-classes were held, all together measuring up to 12 hours; the master-classes, which were attended by 150 people, were hosted by the likes of Robert Glasper, John Medeski, Jojo Mayer, Andreas Varady, Butterscotch and Ori Dakari.

At the end of 2013, the festival’s audience cast their vote about the best and most excellent artists, who performed in “Rigas Ritmi”, in 2013, concluding that their favourites were the “Robert Glasper Experiment”, Latvian Radio Bigband, “Naturally 7” and Medeski Martin & Wood.

“The festival is a celebration of rhythms!” – Bruce Lindsay, All About Jazz

“It is hard to recall another concert that happened at the right time and place than that of the Robert Glasper Experiment.” – Jānis Žilde, TVNET

“Jojo Mayer and Latvian Radio bigband’s tribute to Buddy Ritch most definitely is the most special and honourable gesture that has taken place on the Latvian jazz scene over the last few years.” – Mārtiņš Enģelis, Easyget