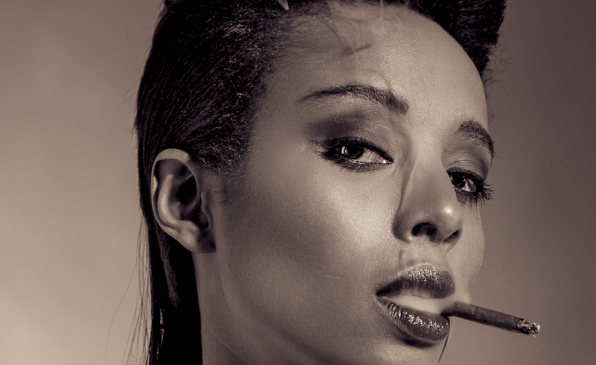 The distinguished writer of popular music, pianist, and one of Latvia’s renowned  composers, Raimonds Pauls told The Baltic Times that jazz’s status in the 1950’s during the Soviet occupation of Latvia was considered ‘’enemy music’’.
It was a time when young ‘samizdat’ musicians reproduced and copied censored compositions, and performed concerts underground at a risk to their lives; they risked being branded enemies of society, for not upholding the healthy and pure development of ideological communist principles of Soviet culture.

Jazz music’s ideological oppression had in fact already commenced in the 1940s, through a wave of anti-cosmopolitism campaigns, which labeled jazz as ‘’bourgeois music’’.
‘’Much time was lost for the development of jazz during the Soviet times’’ said Pauls.  The ban on jazz music was removed from the 1960s, which made performances possible, and led to the availability of jazz records in stores.  This is the historical background against which jazz in the Latvian capital of Riga has had to build on.

This year’s 2015 Rigas Ritmi Festival is somewhat special. It has displayed its  newly designed  distinctive festival logo, featuring a double-bass with the festival’s name written within it, which was designed by artistic director of the festival Maris Briezkalns and designer Petris Lidaka. For this year’s festival, Rigas Ritmi  has a budget  of 200,000 Euros, which is higher than in previous years, as it celebrates its 15th anniversary since the very first festival took place in 2000.

Rigas Ritmi has had to come of age somewhat more faster than Europe’s more established jazz festivals, like Europe’s oldest and most respected jazz festivals.  The Jazz Fest Berlin  began in back in 1964 and had plenty of time to grow into what it has become today.  The same goes for Switzerland’s Montreux Jazz Festival, which began in 1967. Support and sponsorship for Rigas Ritmi has remained strong, and its audience base has grown tremendously with the passing years, and its reputation now spreads far beyond the borders of Baltic States.

Attendance figures have seen a year on year increase with attendance for 2013 being ~8000; and in 2014: ~9000. Even though Rigas Ritmi is expecting an increase in ticket sales this year’s festival. Tickets are still available, according to the festival organizer.

The festival’s success, its financial stability and sustainability has been driven in large part by the festival’s charismatic artistic leader, the Latvian jazz musician and producer Maris Briezkalns, who also initiated the establishment of the festival.

‘’Thou its not very popular music we are doing. It’s Jazz! People coming to concerts should listen. It’s not dancing music, or music to relax to. For us it’s not easy to get a public, but every year we have seen greater support, with ticket sales increasing, and what is especially noteworthy is that more and more young people are attending and coming to concerts, because a lot of people are tired of pop music, cheap music. We are happy with the public’s response to all our concerts during the Rigas Ritmi, as well as the Riga Jazz Stage competition’’ said Maris Briezkalns. ‘’During the month of July, the Rigas Ritmi is the only jazz festival taking place in the Baltic States. So cooperation with the Baltic States remains very strong, and we see jazz lovers from over the borders travelling to Riga to attend concerts.  We have a great line up for this year’s festival’’ said Briezkalns.


Commencing on the 1 July ‘’Riga Jazz Presents’’ opens the 2015 Rigas Ritmi with a concert on the ‘’Origo Summer Stage’’ featuring the Latvian 9 piece band ‘’Bunch of Gentlemen’’. The Festival runs until the 4 July, and will feature a versatile and broad music program, stretching from musical styles from  legendary jazz classics to new gypsy-jazz,  with over 20 performances, and includes three headline double billed concert performances of an array of renown international performers on the 2, 3, 4 July.

Opening the 2 July concert at the Riga Congress Centre at 7 p.m., will be the multinational all star line up seven piece jazz group Bugge N Friends led by Norwegian piano virtuoso Bugge Wesseltoft. The evening also see the cross-cultural  singer Ester Rada performing a program that will combine R&B, Ethio-Jazz, reggae and classic funk.  Rada’s music is a truly global stew that has earned her critical raves and performances around the world. Described as ‘’amazing’’ by Alicia Keys, a Grammy Award winning artist, and co-founder and Global Ambassador of Keep a Child Alive Keep, a non-profit organization that provides medicine to families with HIV and AIDS in Africa.

Rada has also been highly praised by the New York Music Daily who wrote  “What’s the likelihood that an Ethiopian-born Israeli singer would have internalized old-school American soul, funk and jazz to the point where she could pass for a star in any of those styles? Ester Rada is exactly that.”

Rada will be arriving to Riga from the Paris Jazz Festival and after her concert at the Rigas Ritmi, has daily scheduled performances throughout July, at a number of prominent European jazz festivals, including the North Sea Jazz Festival in Rotterdam, Jazz a Vienne in France, Jazz Sommer im Bayrischen Hof in Munich.

On the 3 July  Fresu/Bonaventura Duo, led by internationally acclaimed  Italian trumpet and flugelhorn  player Paolo Fresu, who is recognized as one Europe’s best musician and a recipient of  prestigious “Django d’Or” in Paris,  take centre stage. They will be sharing the evening with the blind American singer-song writer and guitarist Raul Midon,  who will combine  his distinct voice, strumming, beats, and vocal mouth trumpet sounds to create an exhilarating  one-man performance, which will be influenced by jazz, blues, R&B, and folk  musical genres.

A concert definitely not to be missed. Midon has been critically praised by the world’s press as having “A lovely voice, a beautifully controlled tenor that can express anything from tenderness to passion. And the guy can play. His strumming has a flamenco flourish, but after a while, you realize he can do every kind of accompaniment he needs on acoustic guitar” as The Guardian wrote. While the New York Times praising Midon as  ‘’A one-man band who turns a guitar into an orchestra and his voice into a chorus.”

The festival’s program will also feature six master’s workshops, as well as a presentation of the very best of Latvian jazz talent  to foreign music experts through the Rigas Ritmi Showcase program.

Kathy Giles-Diaz, the  US Embassy’s press and culture attache in Riga, who previous to joining the US State Department as a government bureaucrat, held a high profile position as senior television news producer with Tokyo Broadcasting Systems in Japan, stated that ‘’The US Embassy has been proud to support the festival for the most of its 15 year history and will be supporting it again this year’’. One specific project that the US Embassy is proud and exited to be supporting, Giles-Diaz noted, is the concerts on the 4 July at the Riga Congress Centre, of the award winning Jazz vocalist, guitarist, and songwriter  and protean talented Alan Harris and the Latvian Radio Big Band.  Described by the New York Times as having a “formidable baritone with… husky edges and deep resonant low notes” Harris will be performing a tribute concert to the legendary Nat King Cole.

In comments to The Baltic Times, Harris said ‘’I had the immense pleasure of performing at the Riga Festival in 2014. I was totally captivated by the warmth and friendliness of the people there so when I was asked to return I did not hesitate to say yes. To perform a Nat King Cole show there is a plus not only for the people of that wonderful city but also for me, because it gives me a great opportunity to return the kindness that was shown to me while I was in Riga. And what better way to do that than to give a heartfelt performance that highlights this remarkable man’s music that reaches across all cultural boundaries. I have performed the Nat King Cole show all over the world, and everywhere I go people respond with such warmth. I’m excited to sing the songs that Nat made famous for your wonderful audience. Some of the songs I will be doing include Mona Lisa, Straighten Up and Fly Right, On The Street Where You Live, and of course Unforgettable to name a few’’

This 4 July concert concludes the last of the special double billed concerts, and  will also see the solo performance of the virtuoso Cuban pianist Ramon Valle sharing the evening with Allan Harris and the Latvian Radio Big Band. Valle’s performances and stage presence have been described as charismatic and his music intoxicating.  No longer a diamond-in-the-rough. Valle will no doubt be sparkling as a perfectly cut gem for his concert in  Riga.

This year’s  2015 Rigas Ritmi reflects how far the festival has come, especially in its ability to draw the finest international musicians to Riga. The respected jazz critic Ralph Gleason, stated that worldwide, jazz heritage is honoured and perpetually expanded upon. Latvian musicians appearing in concert at this years festival such as singer Kristine Praulina,  and ensembles as The Presence of JR, Daumants Kalnins 5tet, led by Daumants Kalninsx, winner of the  Riga Jazz Stage 2015 (Latvia), “Nomme Jazz 2010” (Estonia) and “Jazz Voices 2009” (Lithuania),  and “multi-instrumentalist”  Rihards Fedotovs aka Rick Feds,  endeavour to make a gallant contribution to the genre.

Rick Feds informed The Baltic Times that his concert  at the Daugava Concert Hall on 11. Novembra krastmala 17, on the 2 July at 10 p.m. with the ensemble Spencer, Manley & Feds’, ‘’will be a mixture of authentic electronic and cutting edge electronic elements with neo- soul and syncopated Philadelphia like beat music’’.  Feds is a Fulbright scholar who studied at The University of the Arts in Philadelphia and The Rhythmic Music Conservatory of Copenhagen. But as he pointed out his real education has been from the ‘’great musicians I’ve had the honour to perform with, and these include the likes of  Bettie Wright, Cuba Gooding Sr., Marcus Miller, John Swana, and many others’’.

Feds will also be appearing in concert on the 4 July at 8 p.m. at the Leisure Park EGLE on Kalku Street 1a. Feds said he be accompanied by Rudolfs Macats on keyboards, ‘‘who is one of the most talented rhythmic music performers from Latvia.’’ Table reservations can be made by phone at  22 00 68 00.

Europe’s many jazz festivals continue disseminating the jazz tradition and this years 2015 Rigas Ritmi program shows that the festival can indeed hold its head up high with any of the continents leading jazz festivals. ‘‘It has taken a dedicated professional staff for us to reach our 15th year and establish the Rigas Ritmi Festival as one of the oldest jazz festival’s in the Baltic States. And we have and will continue to bring some of the finest international jazz names to Riga, while also showcasing local jazz musicians to Europe and the World’’ said  Maris Briezkalns.

No doubt Latvia,  and all jazz enthusiasts travelling from Estonia and Lithuania for this years festival,  join us all at  The Baltic Times in wishing the Rigas Ritmi Festival an enthralling and inspiring musical celebration, as it celebrates its 15th anniversary.  Well done!