Home > The Festival > News > Festival „Rigas Ritmi” resounds the spring in the sounds of jazz!

Festival „Rigas Ritmi” resounds the spring in the sounds of jazz! 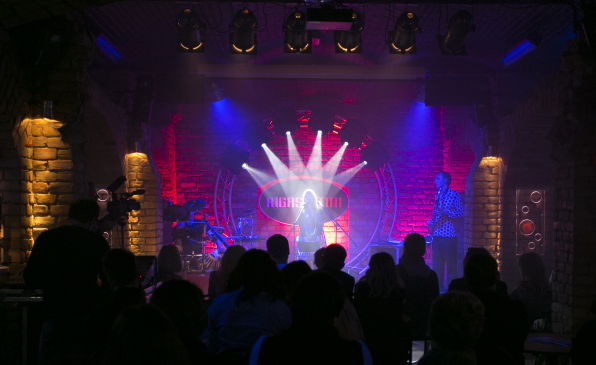 The atmosphere and sound of A.Spell in a twinkling opened a journey into a melodic adventure where the protagonists were music instruments.

These were organisms full of emotions providing harmonic and intangible melodies, rhythm and variety of sounds.

Trio A.Spell is an exotic mixture of different qualities. Every composition is an adventure around the World, beginning with a very new starting point and opening different angles with every song.

The rich and complete atmosphere is gained through the unusual music instruments – mystical and velvety timbre of bass clarinet (by Jan Galega Brönnimann), soft cooing of accordion (Nadja Stoller) and tameless sound of didgeridoo (Ronan Skillen) together with wide range of percussions.

Light and gentle vocal of Nadja Stoller opens a colorful wonderland and strange atmosphere. These qualities justify the name of their debut album - Where the strange creatures live. The sound of A.Spell resembles the kaleidoscope of abundant melodies.