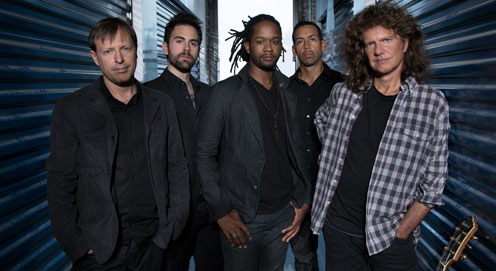 The leader of this group – Patrick Bruce “Pat” Metheny – is an American jazz guitarist and composer. Metheny first burst onto the international jazz scene in 1974. He released his first album "Bright Size Life" in 1975. Over the years, Metheny has won countless polls as “Best Jazz Guitarist”, including by “DownBeat”, “All About Jazz” and “JazzTimes Magazine” readers and critics, and awards, including three gold records for three albums. He has also has won 20 Grammy Awards in 12 different categories such as best contemporary jazz performance, best jazz fusion performance and many more. Project “Pat Metheny Group” has won an unprecedented seven consecutive Grammies for seven consecutive albums.

“In the past quarter century, it is tough to find too many artists who have had as big of an impact on modern music as Pat Metheny. - Nathan Rodriguez, jambase.com

Tickets available in all „Biļešu serviss” ticket offices and on the internet: www.bilesuserviss.lv

Wake up in the rhythm of spring!