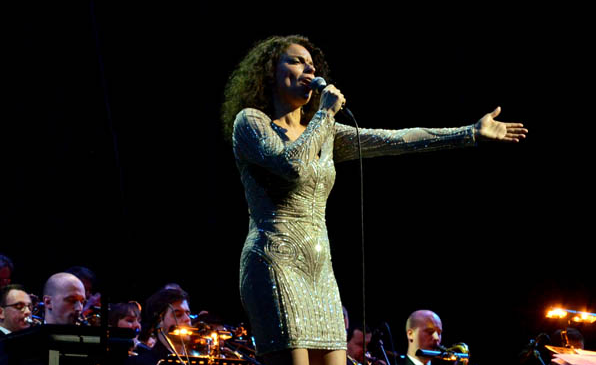 From the first to the last song artists didn’t cease to please the audience. The concert was opened with an excellent performance by Roberta Gambarini, Latvian Radio big band and Maestro Raimonds Pauls, promising the public an unforgettable evening.

It seemed like Gambarini and Big band joined in a harmonious dialogue in language without borders. In language called jazz. Playful and virtuosic Gambarini’s scat resonated with Big band’s performance, - accompaniment picked up her every breath with juicy bursts of chords.

An opinion from the audience: „This concert was like a ray of warm sunshine on a bleak winter’s day. Artists was brilliant and it was very inspiring. Roberta, Raimonds Pauls and Latvian Radio bigband created a desire to be in tune with them.”