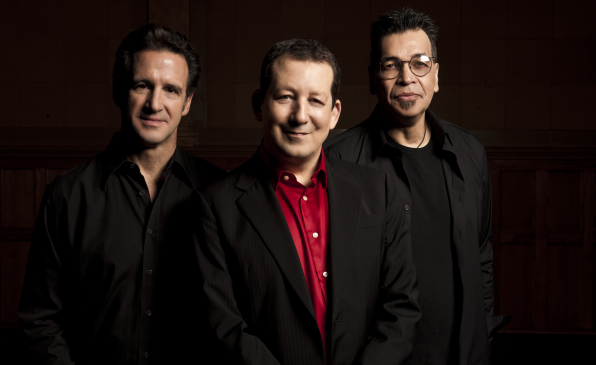 Several Grammy Award nominee, keyboardist, composer and producer Jeff Lorber has pioneered the jazz fusion genera and is even considered its founder. The characteristics of jazz fusion is the amalgamation of traditional jazz, rock, R&B, funk and other music genres. Nowadays, the concept of fusions is already part of contemporary jazz, yet Lorber still searches new expressions and experiments with musical shapes.

For more than 30 years, the contemporary jazz trio “Jeff Lorber Fusion”, including its leader Jeff Lorber, bass player Jimmy Haslip and saxaphone player Eric Marienthal, have proven to have artistic courage at the same time being a commercially successful musical group that has fans of different generations and cultures around the globe. “Jeff Lorber Fusion” enchants the audience with audience with the special and unique sound, only characteristic of them, that consists of complex harmonies, non-traditional rhythms and nuances of different styles, intertwined in different jazz arrangements.

“Jeff Lorber Fusion” has been granted many international jazz awards, as well as many of their albums, including the latest – “Hacienda” – have been nominated for the prestigious Grammy Award in different categories. “Hacienda” surprises with virtuous compositions, full of funky Latin rhythms. The musical material shows great excitement that is characteristic of the musicians themselves, who through searching and experimenting find many more new jazz nuances, rhythms and unusual chord changes.

Jeff Lorber also performs as a soloist and has released 14 albums.
“Jeff Lorber is one of the most important R&B/Smooth Jazz keyboardists of the last 30 years.” – Amazon
“I always try to broaden the musical scale and break the conventional boarders, therefore creating completely new and unheard sound of jazz,” – Jeff Lorber