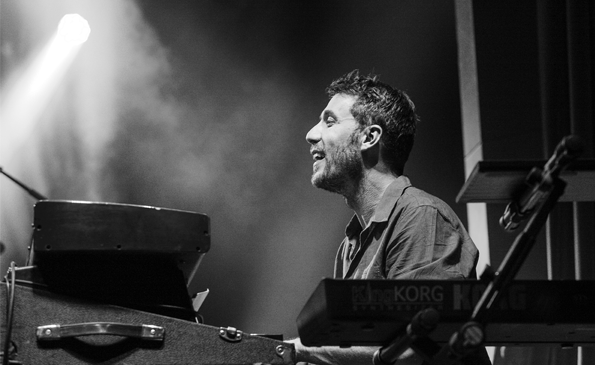 The well-known ‘Grammy’ award winner, pianist and composer Bill Laurence will be performing in the concert series ‘Art of Riga Jazz’ on the 30th of November at  Latvian Radio Studio 1.
Working as a Professional musician since the age of 14, Bill runs his own music production company ‘Twenty Thousand’, is a lecturer at the institute of Contemporary Music in London, a member of Snarky Puppy  and an artist, who tours internationally as a pianist, keyboard player, composer, producer, and arranger.
Bill’s first solo album ‘Flint’ has been widely acknowledged among critics and after its release in 2014 went straight to No. 1 on the iTunes Jazz Charts. In this album a fusion of melodies, harmonies and rhythm send any listener into an enchanting soundscape of rhythm and sound. In 2016. Bill released his third solo album ‘Aftersun’ which the critic George Harris acknowledged: ‘Through it all, Laurance delivered clever and melodic lines, mixing passionate work on the ivories with enough room for spacey synth workings.’
Laurence is an original member of the internationally acclaimed the USA jazz band Snarky Puppy and Grammy award winner of 2014 for Best R&B Performance on the song 'Something'. The dynamic synthesis of jazz, soul and funk styles in the bands' music has captured the hearts of many listeners all over the globe, making Snarky Puppy one of the most talked about groups today with thousands of listeners sitting on the edge of their seats, waiting for their next album.
‘If jazz is to continue to appeal to future generations then it needs people like Bill Laurance to renew its relevance.’ says the music critic Fred Grand.
Video: https://www.youtube.com/watch?v=bOQWVekHyJM
Tickets available at www.bilesuparadize.lv . Cost – 25 Eur.
Bill will also be leading a workshop in Riga on the 30th of November at 10.00 in the Latvian Radio Studio no. 1. Applications and additional information can be received via e-mail - workshop@rigasritmi.lv.
Don’t miss a great concert!